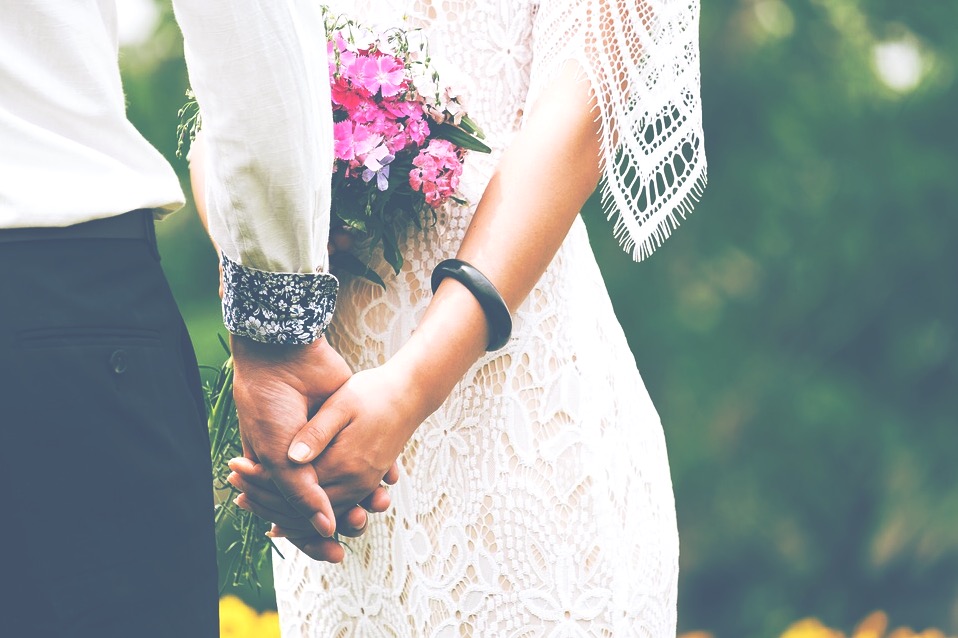 Happiness and Marriage. Anyone who’s been married can tell you that. Yet, regardless of what anyone says, we still dream of the perfect wedding with the perfect dress we’ve fantasized about this since we were little girls.

Did you ever watch a movie titled, “Muriel’s Wedding”? A single girl, desperately wanting to get married, randomly walks into various Bridal Salons to try on bride’s dresses while the boutique personnel snaps polaroids. Clearly, she was obsessed. 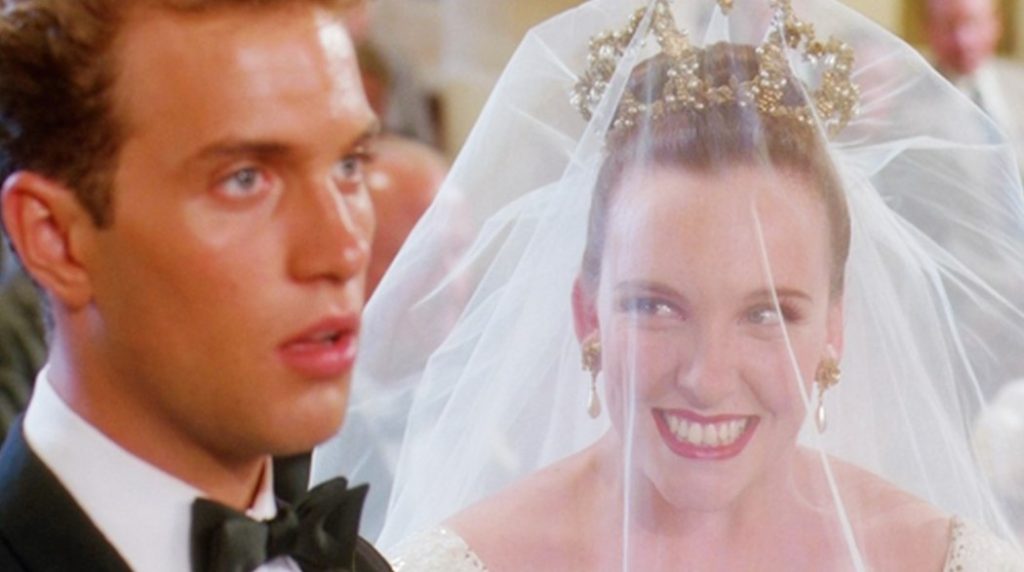 If we pay attention, we notice that almost every romantic comedy/movie in America ends with a happy ending. And, there, is always that pivotal moment. The groom-to-be does something stupid, and the girl breaks up with him. Ultimately, he decides to chase her through five United States of America on a stolen bike, just to proclaim his true love for her. She then forgives him, they get married and, live happily ever after. 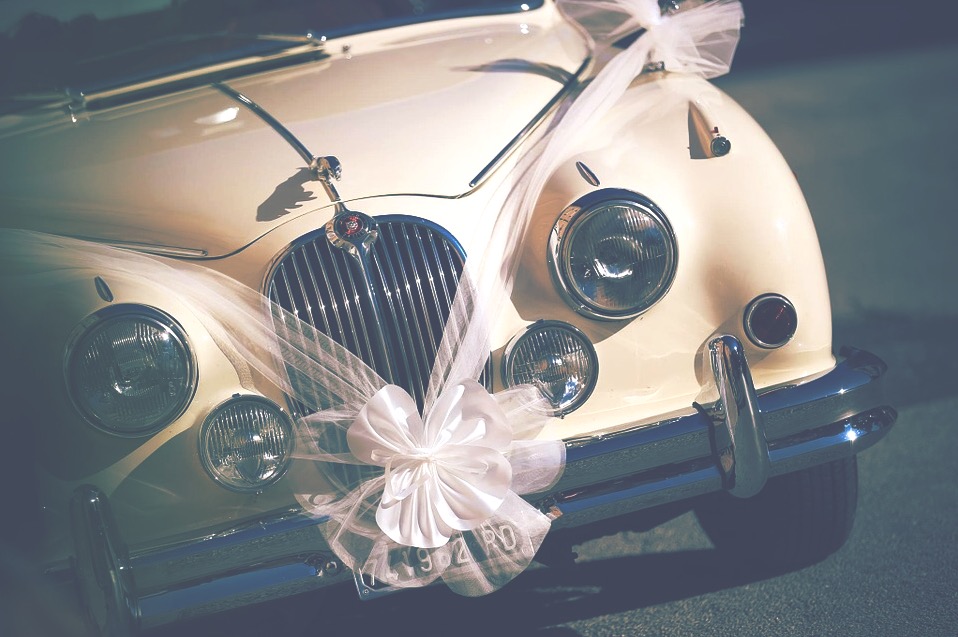 Happiness and Marriage In The Movies

And, that would be the next Hollywood movie, where they get happily…divorced. Years later, she meets her girlfriends for lunch at Cipriani’s in Manhattan (for those not familiar with Cipriani’s, it’s a famous and costly place to eat for rich people). She tells them that she is bored with her husband and that she is having an affair with a man 15-years younger than her named Eduardo. By the way, Eduardo is also her trainer. She then gets a divorce and goes to Honolulu to celebrate. For like three months. Because she doesn’t have to work.

But celebrate what? Lives that have been shattered, children’s hearts have been broken; the entire family has been put in disarray. What’s there to friggin’ celebrate?  And, why does Hollywood celebrate the misery of brokenness and dysfunction?

Nonetheless, that is the “manual of marriage” that most women get from American movies. 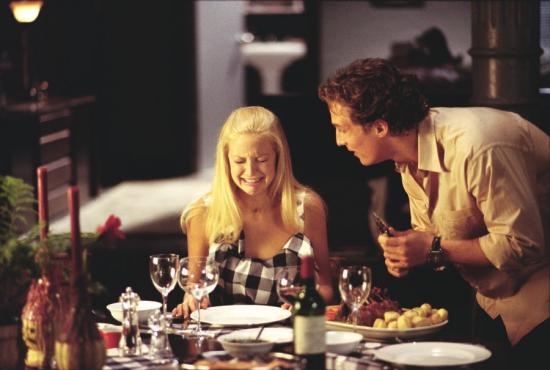 Photo credit: How To Lose A Guy In 10 Days

We live in a very romanticized society with a contradictory and disposable way of looking at relationships. And nobody is talking about what is going on.

When strangers are asked how was their wedding day, they say that it was the most beautiful day of their lives. Omg! Like from a fairy tale?? Yes! Even better! Disney had nothing on us! We were flying on a pink cloud on the entire wedding day and eating bonbons, singing songs, strolling through spring meadows and, colorful blossoms. Everything was just perfect. It was like a fairy tale, a dream. And, then it all goes on social media for others to view, like, and envy.

Nobody is talking about how your third cousin was having sex with the bartender because she had too much to drink. Stress. Or how your grandmother took too much valium and fell asleep in her underpants in the hotel lobby. Stress. Or when your dress ripped in half right before the ceremony. Double stress. Or, that cake your mother in law insisted on ordering from a custom home-baker which had ants in it. Stress. Oh, wait for the last part was my wedding. Friggin’ stress! 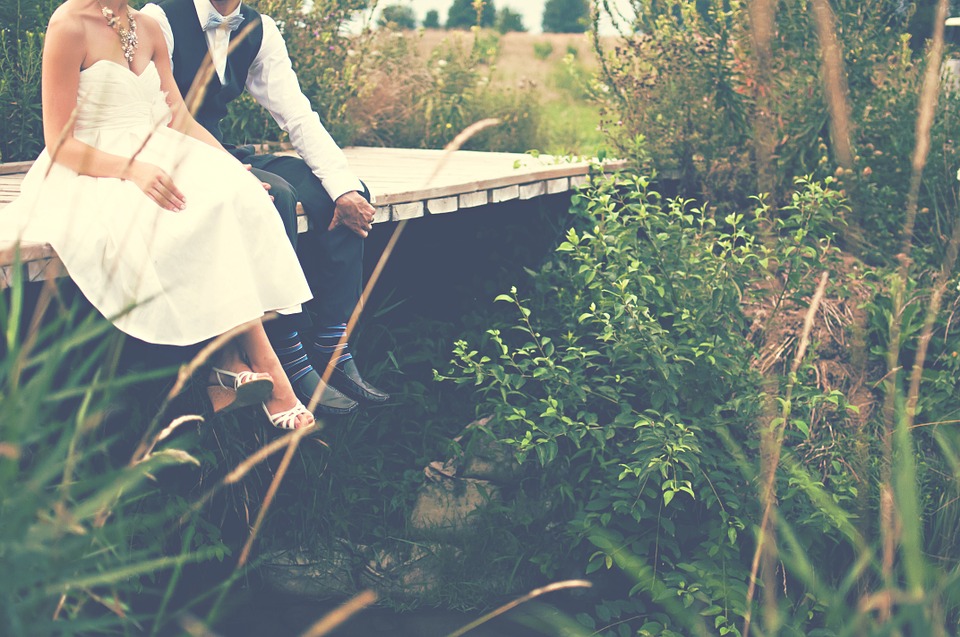 By all means, don’t get me wrong; I am not against marriage. I love marriage! I believe in happiness and marriage However, it is not like Muriel thought. That all you need is the wedding and the white dress and all your problems will be solved. No, your partner cannot fix you by getting married to you. And, you cannot fix him by getting married to him. Things will not magically disappear from the radar because the deal has been sealed with an elaborate wedding.

Muriel found out the hard way. She got married for sh…s and giggles. She thought getting married was the answer to all of her life’s dilemmas. She ended up getting divorced just as quickly as she got married. And all that was left was a plastic Hallmark photo album, made in China, and a couple of small press photos from Sidney media. Her dad was an Australian politician. 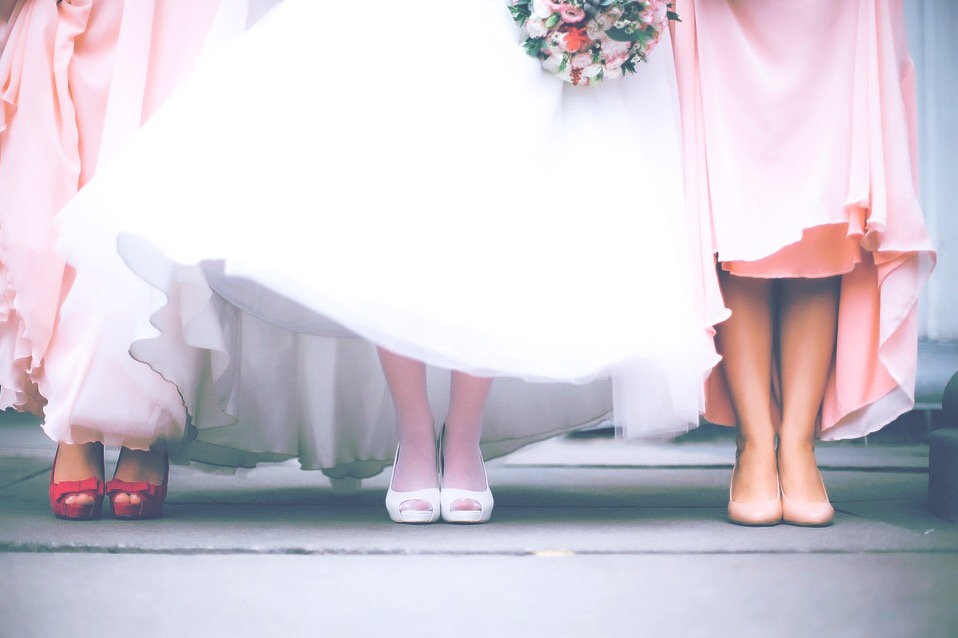 Happiness and Marriage And My Wedding

First, I don’t know if anyone is willing to admit this. But I will. My wedding day was very stressful! I was so friggin’ stressed out that I felt like my makeup was going to roll ride down my face and, my eyeballs were going to sink back into my eye sockets. All this right before the photographer showed up early to take pictures of me getting dressed, which I was opposed to anyway. And as he decided to poke his intrusive camera everywhere, he annoyed the crap out of me. When all I wanted is to be left alone and breathe while I was doing my makeup. Stress.

Don’t get me wrong; our wedding day was a successful event. But I felt like I just wanted the party to be over and, I couldn’t wait to get back to our hotel suite to relax in the quiet with my husband. Moreover, anyone who says that weddings are all about the bride is wrong. My groom was just as stressed out as I was. I don’t even remember talking to him much during the entire wedding day. Too much going on! 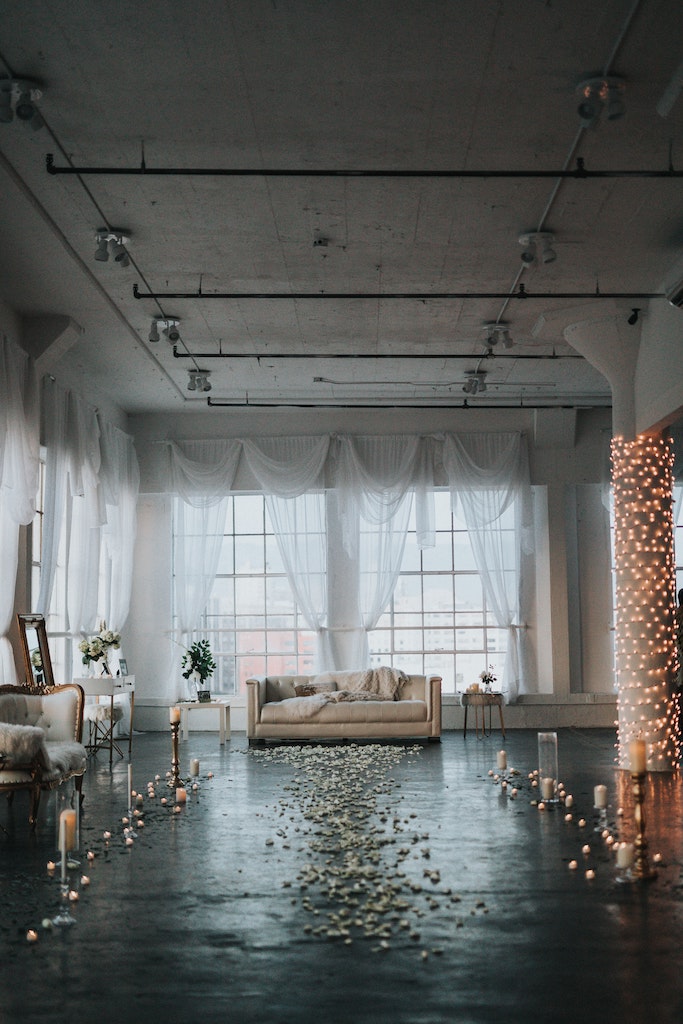 When it came to happiness and marriage and my wedding, the most joyous moment was at 10:00 in the morning, following our wedding day when the two of us were eating modest breakfast at the hotel while confirming flights for our honeymoon in Greece. An elementary yet happy moment for a girl like me!

In the long run, I’ve learned that the first year of marriage is when the real work on the relationship begins. But, don’t give up my sweet, little darlings. Because if you make it, you will gain insights on how to survive the second year, which entails even more hard work. Isn’t that exciting? Yes, I know. But, it gets better, I promise. Hey, I am still married, am I not? And I genuinely love it! Marriage is a unique form of a relationship like no other, and it should be cherished globally. It’s an exclusive union that evolves with time, and it never stops growing.

Similarly to what Jack Nicholson said in the movie “As Good As It Gets,” it makes you want to be a better man.

In my case, a woman. 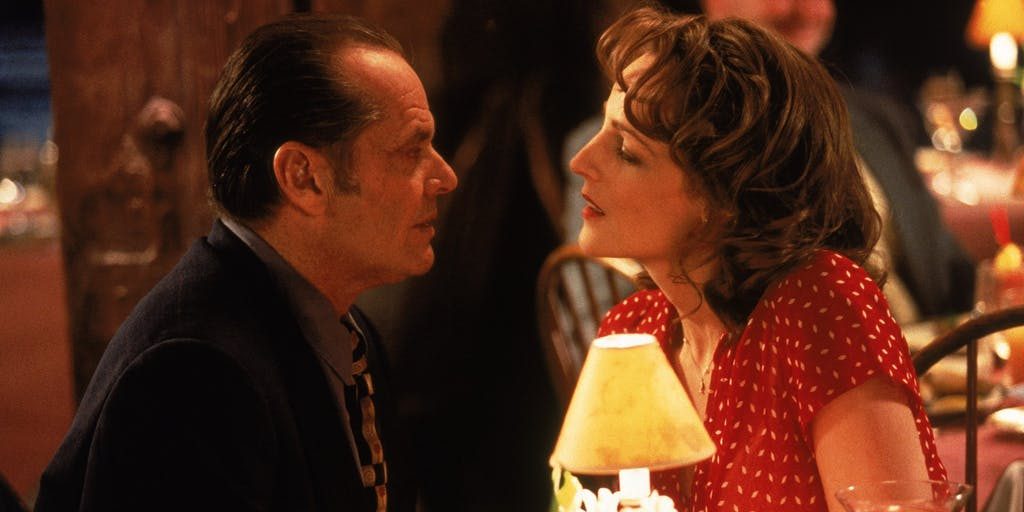 Thirsty for more related content? Check out our podcast on “How To Be Happy No Matter What.” 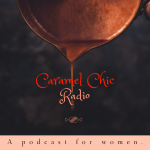 What Is Brand Voice And Personality? With Business Coach Shana Dewitt.
by Joanna Sobjanek

What Is Brand Voice And Personality? With Business Coach Shana Dewitt. This episode is packed with practical tips about how to discover your brand’s voice, when do you need to hire a business coach, and if you need one at all. And some valuable advice on what to post on social media if you’re an entrepreneur. Check it out!

More on our guest at https://shanadewitt.com.

Visit www.caramelchic.com to learn more about our brand. 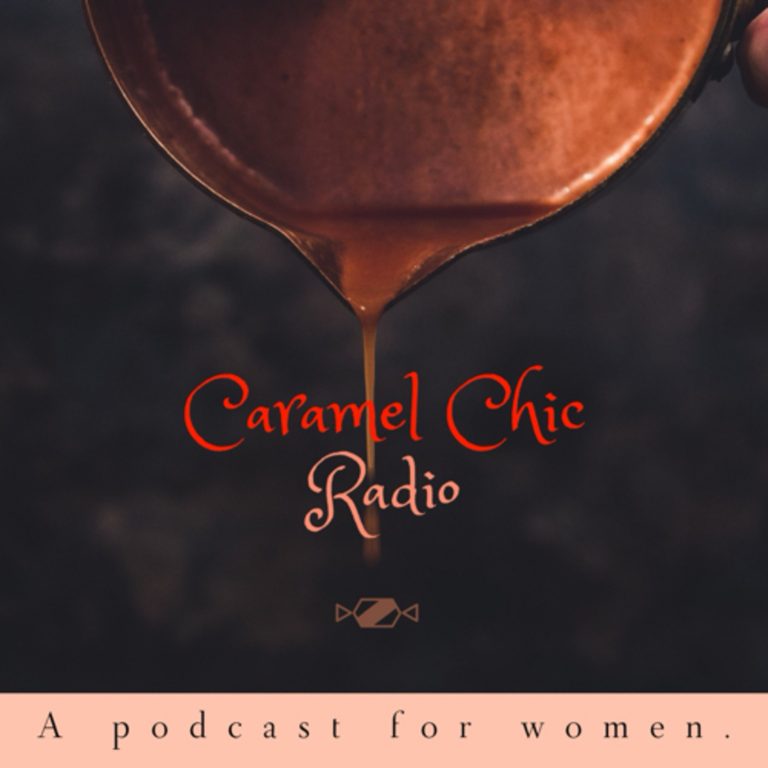 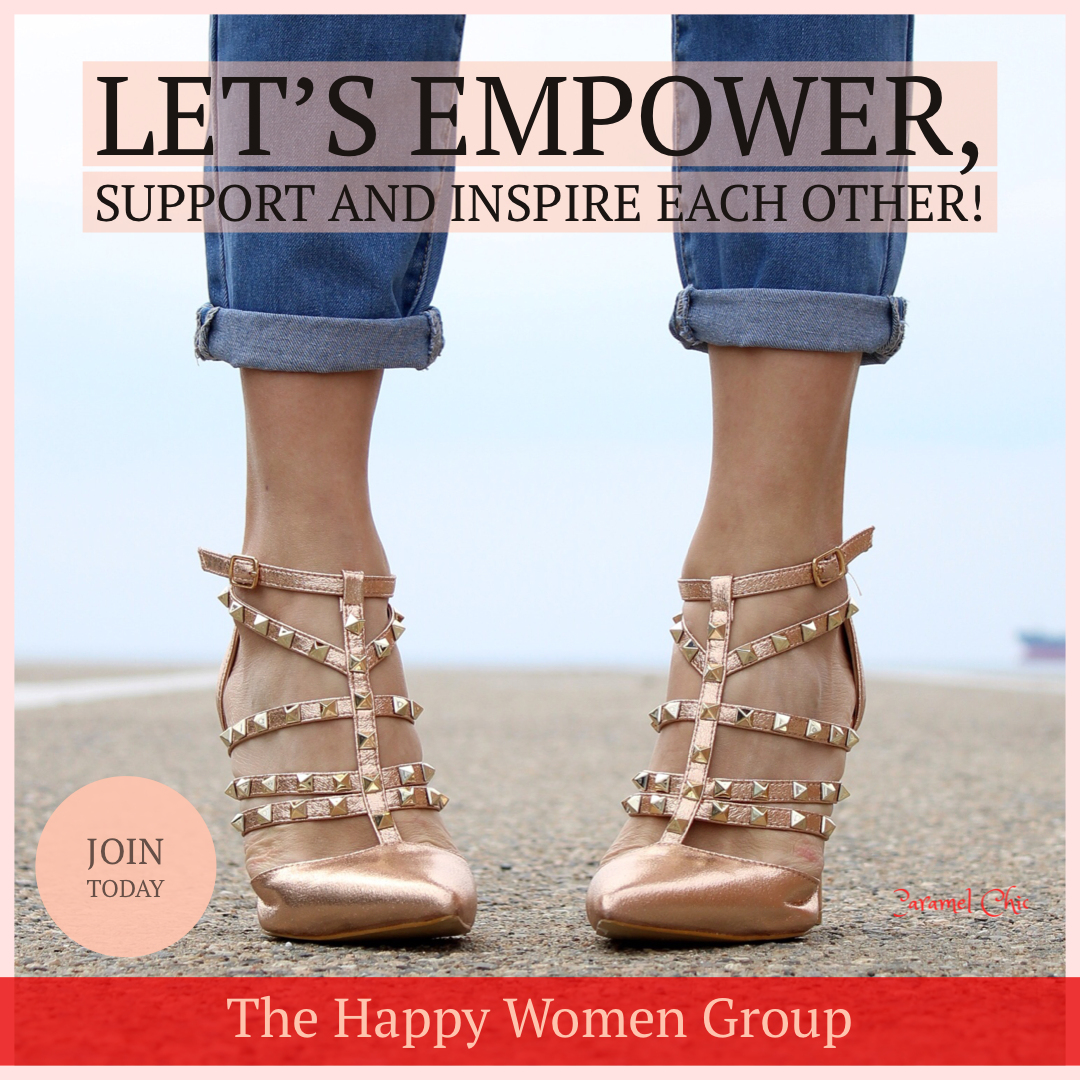 How To Be Happy No Matter What! Podcast refresh! M

Planning a photoshoot this summer? Here are few ti

Do men like it when women wear dresses? NEW BLOG P

“Never stop being a good person because of bad p

Hope you’re Easter is filled with peace, love an

Want to be a guest on our podcast? Have a friend w

What Is Brand Voice And Personality? With Business

New Blog Post! Looking for something to impress y

If you believe you’re beautiful, you will be bea

This week is a perfect time to try some Hygge livi